Hidden Gems Around the Corner: Vermont

The first sprinkling of snow on top of the mountains brings an air of excitement here in Vermont. It is time to dust off those skis and snowboards. For me that is a lot of dust. It has been about 7 years since I last snowboarded so I'm hoping that all these surf sessions pay off as a kind of cross training.

And with the excitement of spending a bit more time here in Vermont I wanted to do a bit of exploring. Just across from an old covered bridge that I photographed earlier this week I found a trail that supposedly followed the river to a couple of waterfalls. I thought I would see if I could photograph them with a bit of the waning fall colors before the snow season took over.

The trail led to many other trails which was a cool surprise since it was right around the corner from Heidi's family place. Its called the Brewster River Gorge, or as some locals call it the lower and upper falls. Coupled with some late fall colors this was a great hike of discovery. It turns out you never know what is right out your backyard if you never look.

Living in Hawaii for the few years has meant that I have been living in an endless summer. While this sounds pretty magical, especially to a ocean lover like myself, you do miss out on all of the other seasons. Luckily for me warm temperatures have stuck around in Vermont deep into October. So I was able to catch some of the last of the changing colors of Fall.

With all of the different species of maple trees covering shades from deep red to bright yellow, everywhere you look here in Vermont is awash in color. The sheer amount of leaves already on the ground made me realize that I was a little late for the peak of the fall colors, but I am so happy to have caught at least the end of it. Here are a few pictures from about Vermont blazing in reds, yellows, and oranges. 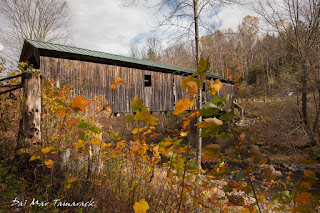 Posted by Dai Mar Tamarack at 6:18:00 AM No comments: Links to this post

Kayaking in Savannah with Mom 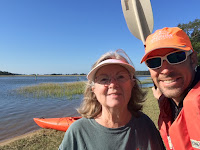 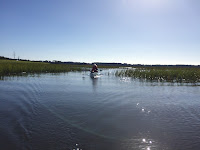 Gliding through the marsh grass at high tide, following the winding path of the creeks, passing ancient mounds of disposed oysters, and watching incredible birdlife are just some of the reason I love kayaking around Savannah's waterways.

On this epic three hour paddle, my mom and I started at Butterbean beach and made it all the way to the Isle of Hope causeway before making the turn and riding the current back out around Wormsloe Plantation. Ospreys, kingfishers, and terns dove into the water around us and wood storks circled high above. The weather in October is downright pleasant for this kind of adventure. Chalk another fun one into the memory books. 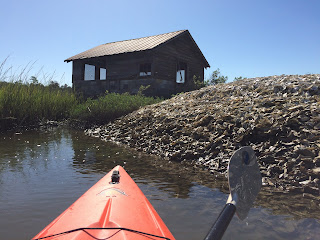 Posted by Dai Mar Tamarack at 2:27:00 AM No comments: Links to this post

Under the Stars: Nighttime Photography in Vermont

I haven't spent much time in Vermont during the fall season. It was something I was hoping to remedy after seeing all the pictures of the changing of leaves and crisp weather. Now that I am here at the end of October I can say that fall is definitely a nice time to be in Vermont.

What I didn't expect was downright warm temperatures this late in the year. This, combined with clear dark nights, gave me the idea to head outside and do some star photography. I was hoping to see some meteors since this was during the Orionids meteor shower but only one shot across the sky during the photo shoot.

Using a long exposure (30 seconds), I was able to start capturing the milky way streaking across the night sky. A little bit of light pollution and some low wispy clouds added a bit of color and drama to the sky. Then as I walked around the pond down below the house I got the idea to include the reflection of the house lights lighting up the yellow leaves of the maples just outside.

When I teach photography I often suggest to think about what the light is doing in your scene. The problem with nighttime photography is that there is so little light to work with. But the absence of light can be just as powerful in a photo to help capture the mood and to tell a story. My story, turn off the electronics, grab a headlamp, head out of the city, and enjoy the night sky like our ancestors did for thousands of years.

Posted by Dai Mar Tamarack at 2:16:00 AM No comments: Links to this post

Fishing for Red Fish off the Coast of Savannah

Fall is a wonderful time to be in Savannah. The weather is finally starting to cool but tshirts and shorts are still the order of the day. The water still feels great and the boat or beach is definitely still an option. My dad and I spent the day fishing for redfish (red drum), which I had never tried before. Imagine my surprise when we anchored the boat right behind crashing waves, in about eight feet of water, and tossed our lines in. I may have been even more surprised when a big red fish actually hit our bait. It put up a solid fight, running with the line multiple times. We were able to gently net it, and bring it up for a quick picture before releasing it back. One of my favorite parts of fishing is just seeing these beautiful fish up close. I grew up around these waters but because of the lack of visibility and snorkel conditions, I never had a way to see these fish in the wild. 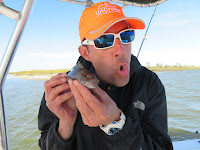 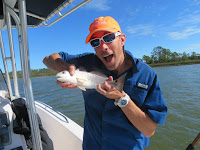 After trying at that wavy spot for a bit longer we pulled back into the marsh system and found trout, yellowtails, small reds and more. It was a beautiful day out in the boat and on the water.

Posted by Dai Mar Tamarack at 3:43:00 AM No comments: Links to this post

There is just something about lighthouses that I find so photogenic. This tiny lighthouse sits on the western edge of San Juan Island in Lime Kiln State Park and is a favorite of whale watchers and sunset gazers. The island of Vancouver can be seen across the straits and the rugged mountains of the Olympic peninsula can be seen on a clear day as well. The setting sun on my last visit to the lighthouse this season was so pretty that I just had to jump for joy and immortalize it in a picture. Here is to a great 2017 Pacific Northwest fall season on the Safari Quest. 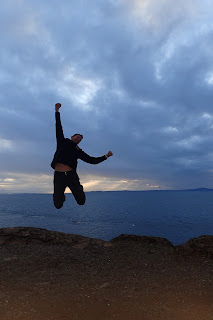 Posted by Dai Mar Tamarack at 6:25:00 PM No comments: Links to this post