The Kings Highway: Hiking on Lava in flip flops 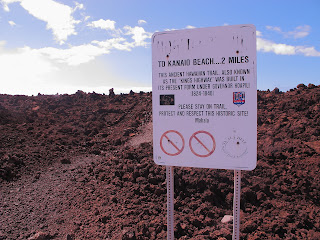 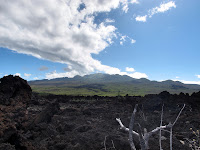 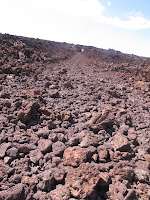 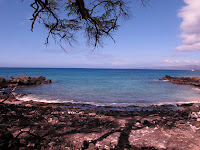 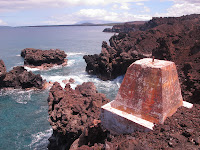 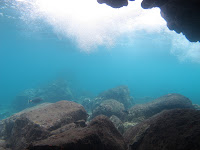 At the end of the road past Kihei, Wailea, and even Makena you get to an impassable lava field. This lava flow is less than 1000 years old and it still very barren. While the rugged, uneven terrain stops all vehicles and most travelers, some people persist and step foot onto the ancient 'King's Highway.' This is an old coastal path that led completely around the island. Legend has it that warriors would patrol the coastline day and night to make sure they were never surprised by a war party from a neighboring island. Some people claim to see the spirits of these warriors still this day. These ghost-warriors are commonly called 'the Night Marchers.'

It wasn't the night marchers that made me caution my spur of the moment decision to take this adventurous hike...it was the fact that I was wearing little rubber sandals! If you take a close look at the picture of the actual trail you can see how uneven the loose lava rock is that you tread upon, not to mention sharp! It is all A'a lava which is the very sharp, brittle kind that makes you say ah ah ah when you step on it. Luckily my flip flops didn't bust and the only injury I sustained was a devil keawe tree thorn deep through the bottom of my sandals into my foot. A suppose little blood sacrifice to Pele, the volcano goddess was only fitting. 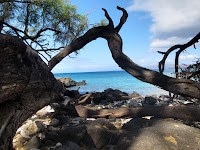 Even with that little injury the hike was amazing. Hidden coves, sandy beaches, underwater caves, cliff jumps, overlooks, and even alkaline pools trapped in the lava filled with tiny red shrimp all await those adventurous enough to explore Maui's southern coast.