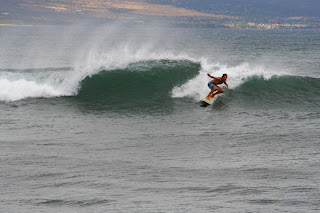 During the summer months Hawaii surfers wait for swell from the south caused by massive storms in the southern hemisphere to work their way up to the usually calm south facing beaches of the different islands. It is pretty amazing to track this swell over thousands of miles thru the open ocean and then watch how a surf break can go from flat enough to snorkel to 12 foot high waves overnight.
I have been waiting for such a swell and I eagerly grabbed my board for an afternoon surf session yesterday. Looking at the pictures you can see that, much like the weather, the forecasters got it wrong and the 12ft sets hadn't quite made it to Hawaii yet. But there were some very fun waves, and they looked absolutely beautiful with the offshore wind ripping the foam off the tops as they broke. Another rare treat that all of my California friends can appreciate, I was the only surfer out there. That made it very easy for Heidi to take photographs without having to figure out which little speck I was among dozens of surfers. We also found a place where I could surf the wave almost all the way into where Heidi was sitting. 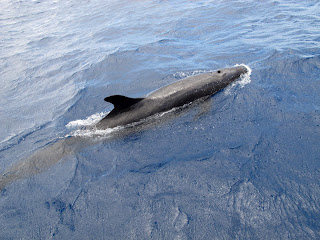 On our Molokini Wild Side trip the other day I spotted some very large dorsal fins breaking the surface of the water on our way back from snorkeling the tip of Molokini crater At first i thought it may be bottlenose dolphins, one of the larger dolphins we see, but as we got closer I saw the fins were too big to be any of the regular dolphins we see. That is when I gathered everyone to the front of the boat and let them know that we were having a very special encounter with a pod of False Killer Whales, or Psuedorcas. They can be up to 20ft, darkly colored, rounded head, and tall dorsal fin. And there is only around 123 left in 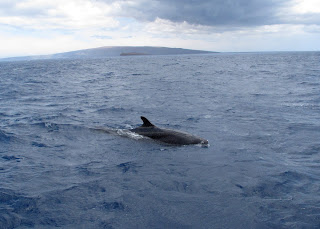 this genetically distinct Hawaiian population.
In fact, this insular population that are residents here in the Hawaiian islands are so endangered that the conservation team at Pacific Whale Foundation is trying to get them listed as endangered species. We have petitions signed by our passengers on all the boats and t-shirts to get the word out. These false killer whales come into contact with the long line fisheries because they go after the same fish that we enjoy eating. They are very social and have been seen passing off a newly caught mahi mahi to others in the pod, to scuba divers, or even to boats in the area. This is the third time I have seen False Killer Whales this year so I was pretty excited. One of these days I'll get a chance to get some underwater photos of them.
Posted by Dai Mar Tamarack at 7:03:00 AM No comments:

A swim off Maui's Southern coast 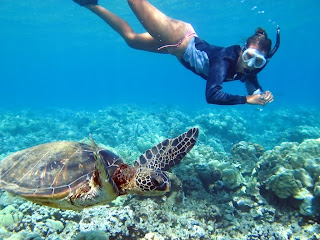 Hawaiian Green Sea Turtles are making a huge comeback. Hunted for the meat and beautiful shell up until a couple of decades ago the green sea turtle has been a conservation success story. Now we are almost guaranteed to see them when snorkeling from the shore of Maui.
We see all different sizes from dinner plate size all the way up to 300lbs giants. Sometimes it is hard to imagine this huge creature emerging out of an egg the size of a ping pong ball. They emerge about the size of a chicken mcnugget, and like a chicken mcnugget everything wants to eat them. Only 1 out of a 1000 will grow old enough and survive long enough to be able to return to its home beach to mate and have babies of its own. Which makes it even more special whenever we get to swim with one. Luckily for them these green sea turtles travel hundreds of miles northward to the NW Hawaiian Islands of the French Frigate Shoals to make their nest. The babies swim out in the ocean currents after being in the nest for about 45 days and then drift around until 8-10 years of age when they start showing up here in the main hawaiian islands. 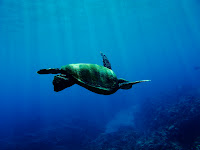 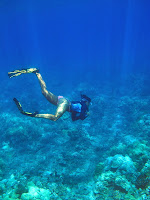 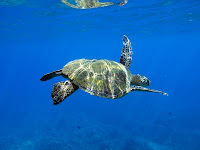 I have been doing research on these green sea turtles for the past few months with Pacific Whale Foundations research team. I dive down and take pictures of the scales on the side of their face which we can then use to identify which individual turtle it is. We are creating a vast catalogue of turtles to see what kind of movements and behaviors they are doing.
There are other sea turtle species that can be seen here in Hawaiian waters although they are a much rarer treat. Heidi and I were lucky enough to come across an endangered Hawksbill Sea Turtle and luckier still to snap some pictures of it. See if you can tell the difference between this hawksbill and the green sea turtles from above. 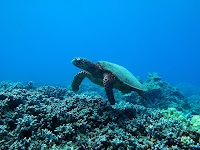 A couple of spotted puffers, named scientifically after their resemblance to guineafowl of Africa, and a very young yellow tang hid amongst the coral at this site as well. 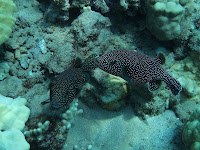 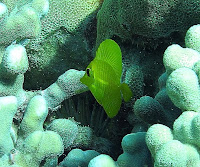 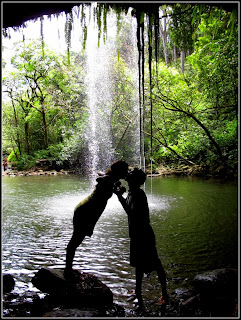 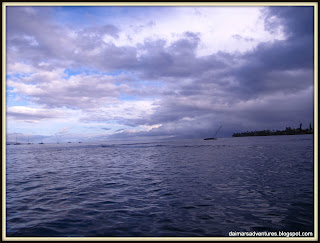 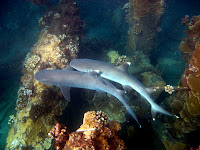 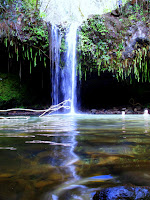 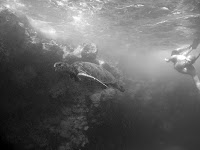 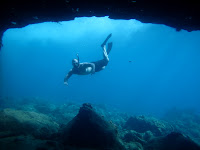 Hunter's visit to Maui was amazing! He got his Open Water Scuba certification and I finished up my captains course. Then it was all fun and adventure. We snorkeled with sharks, dove with turtles, white tips, morays, and a baby spotted eagle ray. We went out on the two most adventurous trips that Pacific Whale runs. I stepped foot onto the neighboring island of Lanai for the first time, we checked out some of the local watering holes (Freds), and did some amazing waterfall hikes on the backside of Haleakala. And mentioning the 10,000+ ft volcano, we did wake up at 3am one morning to venture up to the summit for a breathtaking sunrise, coffee in hand. Throw in a fancy dinner cruise and you've got yourself a pretty good week and half. I can't wait for next time. 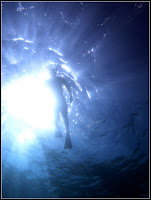 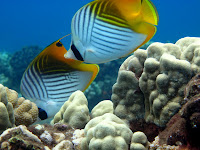 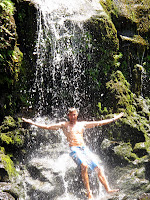 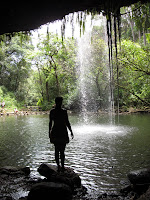 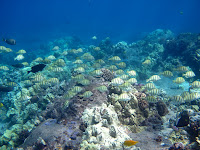 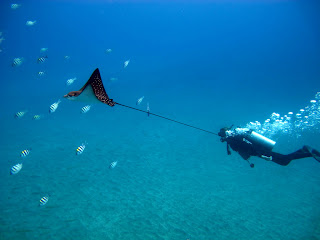 It has been a pretty amazing time during Hunter's visit out to Maui. We have snorkeled, we've gone scuba diving, dinner cruising, and are still recovering from a 3am wakeup to drive up 10,000ft to the top of the volcano for sunrise. Now we are out the door again. So there will be many more pictures to come. Just thought I would throw out some teasers for now. Enjoy. 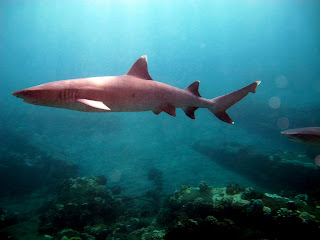